Your Money Is Not Safe In The Bank

Not For Commercial Accounts, that is... 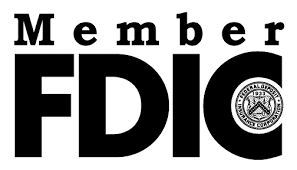 If you have a personal bank account, yes, your money is safe from online banking fraud, insured by the FDIC. When it happens, it’s an enormous hassle and you lose an average of about a hundred hours in getting everything back to normal. Federal regulations compel banks to make good on losses to personal accounts.

However, the same is not true of commercial accounts that are illegally accessed online. 1.3 Billion dollars were stolen with "CEO Fraud" from business accounts in an 18 month period ending 2015. Cities, school districts, public libraries, and small businesses—by now, every type of small or medium-sized organization has been victimized by the eastern European hacker gangs behind this frightening new crime wave. The FBI is tracking thousands of cases.

The bad guys target accounts at small- and medium-sized banks, which, they have learned, do not have the advanced online banking cyber-fraud controls of the very largest banks.  Many of these banks do not take responsibility for these attacks. They point at the fact that it was the customer’s network that was compromised, not their own, so it’s not the bank’s fault.  Your organization’s accounts could be next. Sometimes after a cyberheist, the bank preemptively sues their customer as a damage control measure.

Stepping employees through effective security awareness training can mean the difference between flourishing and bankruptcy. Find out how affordable this is for your organization and be pleasantly surprised.