KnowBe4 announced today that Women World Awards has named Brittany Scott, VP of SMB Sales a Silver winner in the 13th Annual 2020 Women in Business and the Professions World Awards®. 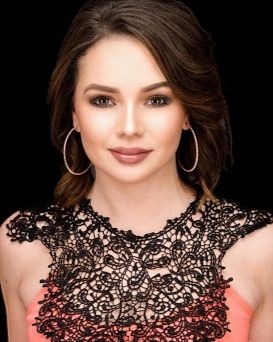 The coveted annual Women World Awards program encompasses the world’s best in leadership, innovation, organizational performance, new products and services, and milestones from every major industry in the world. Organizations from all over the world are eligible to submit nominations including public and private, for-profit and non-profit, largest to smallest and new start-ups.

Judges from a broad spectrum of industry voices from around the world participated and their average scores determined the 2020 award winners. Winners will be celebrated and presented their awards during a virtual awards ceremony in December.

Scott was recognized in the Outstanding Female Professional of the Year in Sales/Business Development category. She is an experienced sales leader and entrepreneur. She is currently vice president of SMB Sales at KnowBe4 where she is responsible for leading a team of sales professionals. Scott also founded a nonprofit organization called Gals4STEM, which is an outreach organization aimed at educating, inspiring and mentoring girls and women about STEM careers and degrees. She holds a Master of Business Administration from Johnson and Wales University and a Bachelor of Science in Hospitality Management from Indiana University of Pennsylvania. Scott volunteers her time mentoring children through the Big Brother Big Sister Foundation and leads the board for the Women in Technology group at KnowBe4.

“It’s an honor to be named a winner by Women World Awards for this esteemed industry and peer recognition,” said Scott. “To have a company believe in me the way KnowBe4 has, while allowing me to use my strengths to contribute to the organization has been truly inspirational. I cannot wait to see what the future holds for both myself and KnowBe4.”

For a complete list of the 2020 Women World Award winners announced visit https://womenworldawards.com/winners/2020-business-awards-winners/

About the Women World Awards

About the SVUS Awards

KnowBe4, the provider of the world’s largest security awareness training and simulated phishing platform, is used by more than 35,000 organizations around the globe. Founded by IT and data security specialist Stu Sjouwerman, KnowBe4 helps organizations address the human element of security by raising awareness about ransomware, CEO fraud and other social engineering tactics through a new-school approach to awareness training on security. Kevin Mitnick, an internationally recognized cybersecurity specialist and KnowBe4's Chief Hacking Officer, helped design the KnowBe4 training based on his well-documented social engineering tactics. Tens of thousands of organizations rely on KnowBe4 to mobilize their end users as the last line of defense.