KnowBe4 Giving Back and Having Fun Doing It

KnowBe4 celebrates twelfth anniversary with projects to improve the environment

Employees of KnowBe4, provider of the world’s largest security awareness training and simulated phishing platform, knew what they wanted for their company’s birthday: less garbage, and more bees. So, to celebrate its twelfth anniversary, the company will donate to clean up 12,000 pounds of garbage from the ocean and will sponsor 12 beehives in Pinellas County, adding somewhere around 400,000 honey bees to the region. 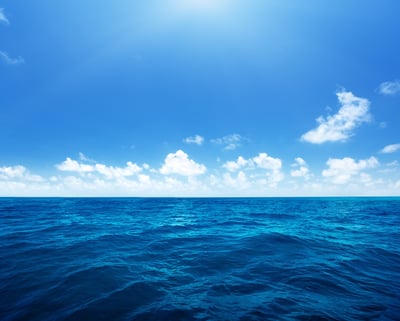 The beehives have become a new tradition for the company; for its eleventh anniversary KnowBe4, located in Clearwater, FL, donated funds to the Pinellas Beekeeper’s Association to purchase and maintain 11 full honeybee hives. (For its tenth anniversary the company had 10,000 trees planted worldwide to mitigate environmental threats.)

The honeybees are not just cute. Bees pollinate approximately 130 agricultural crops and add approximately $14 billion annually to improved crop yield and quality. According to the Center for Biological Diversity, more than half of North America’s 4,000 native bee species are in decline, with one in four species at risk of extinction.

Then there’s the fish and the turtles. Working through Ocean Voyages Institute in Sausalito, CA., KnowBe4 is sponsoring the cost of removing 6 tons (12,000 pounds) of garbage from the Great Pacific Ocean Patch (GPGP), the largest of the five offshore plastic accumulation zones in the world’s oceans. Located halfway between Hawaii and California, the patch measures an estimated one million square miles, or 1.6 million square kilometers. Its depth is unknown.

The GPGP is composed of an estimated 3.6 trillion pieces of plastic. Some, including plastic bottles and plastic bags, will live for 1,000 years, breaking down into smaller and smaller particles, if they are not removed. Because plastic is less dense than water it floats and looks like food to many marine creatures. As it is indigestible, it will kill them.

Everything removed by Ocean Voyages Institute is recycled, repurposed and upcycled, so that nothing ends up in a landfill or back in the ocean.

“As a group we mark these milestones in the company with something we will all remember,” said Stu Sjouwerman, KnowBe4’s CEO. “And we have fun doing it. All year our employees can check in on our projects and see what they have accomplished. It’s a little thing we can all be proud of.”

Other KnowBe4 philanthropy projects have included local drives for school supplies, builds with Habitat for Humanity, and blood drives that the company says have saved 66 lives to date. In March they launched two new $10,000 scholarship funds, for Black Americans in Cybersecurity, and a separate scholarship for women in cybersecurity.

KnowBe4, the provider of the world’s largest security awareness training and simulated phishing platform, is used by more than 52,000 organizations around the globe. Founded by IT and data security specialist Stu Sjouwerman, KnowBe4 helps organizations address the human element of security by raising awareness about ransomware, CEO fraud and other social engineering tactics through a new-school approach to awareness training on security. Kevin Mitnick, an internationally recognized cybersecurity specialist and KnowBe4's Chief Hacking Officer, helped design the KnowBe4 training based on his well-documented social engineering tactics. Tens of thousands of organizations rely on KnowBe4 to mobilize their end users as their last line of defense.