KnowBe4, the provider of the world’s largest security awareness training and simulated phishing platform, today announced it has added Gerhard Watzinger to the KnowBe4 Board of Directors. Watzinger has joined the KnowBe4 board as an independent member. 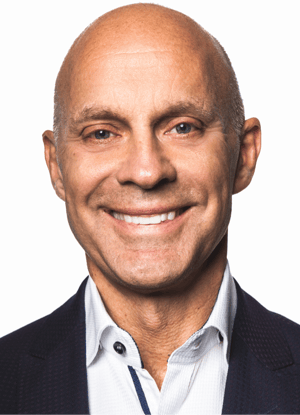 Mr. Watzinger has served as chairman of CrowdStrike’s board of directors since April 2012. Mr. Watzinger served as the executive vice president for corporate strategy and mergers and acquisitions of the McAfee business unit of Intel Corporation, or Intel, a designer and manufacturer of digital technology platforms, until his resignation in March 2012. He joined Intel in February 2011 upon Intel’s acquisition of McAfee. Mr. Watzinger joined McAfee in November 2007 upon McAfee’s acquisition of SafeBoot Corp., a global leader in data protection software, where he served as chief executive officer from February 2004 to November 2007. He currently serves on the board of directors of Mastech Digital, Inc., a digital transformation and information technology services company and Absolute Software, a persistent software company. Mr. Watzinger holds an advanced degree in Computer Science from the Technical University of Munich.

“Given Mr. Watzinger’s expertise within the IT industry, his experience as a chief executive officer of several IT companies and his extensive perspective and operational insight as current chairman of the board at CrowdStrike, he’s an ideal member to sit on our board of directors” said Stu Sjouwerman, CEO, KnowBe4. “We’re ecstatic to have a professional of his caliber join. Mr. Watzinger is a welcome addition to the board, and we’re excited for his anticipated contributions.”

“I look forward to contributing to KnowBe4’s overall strategy and growth for the future,” said Watzinger. “I’ve watched the success of the organization continue to expand and it inspired me to join the board. KnowBe4 is exactly the type of organization that I like to get involved with – startup mentality, killer growth, strong leadership, 26 consecutive quarters up and an overall positive work environment.”

KnowBe4, the provider of the world’s largest security awareness training and simulated phishing platform, is used by more than 29,000 organizations around the globe. Founded by IT and data security specialist Stu Sjouwerman, KnowBe4 helps organizations address the human element of security by raising awareness about ransomware, CEO fraud and other social engineering tactics through a new-school approach to awareness training on security. Kevin Mitnick, an internationally recognized cybersecurity specialist and KnowBe4's Chief Hacking Officer, helped design the KnowBe4 training based on his well-documented social engineering tactics. Tens of thousands of organizations rely on KnowBe4 to mobilize their end users as the last line of defense.

Number 161 on the 2019 Inc. 500 list and #2 in Cybersecurity Ventures Cybersecurity 500. KnowBe4 is headquartered in Tampa Bay, Florida with European offices in England, the Netherlands, Germany and offices in Brazil, Australia, Japan, South Africa and Singapore.