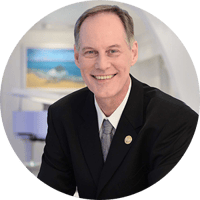 Stu Sjouwerman (pronounced “shower-man”) is the founder and CEO of KnowBe4 Inc, provider world’s largest security awareness training and simulated phishing platform. A serial entrepreneur and data security expert with more than 30 years in the IT industry, Sjouwerman is the author of four books, with his latest being “Cyberheist: The Biggest Financial Threat Facing American Businesses.”

Along with his CEO duties, Stu is Editor-in-Chief of Cyberheist News, an ezine tailored to deliver IT security news, technical updates and social engineering alerts. Stu is a five-time Inc 500 award winner. 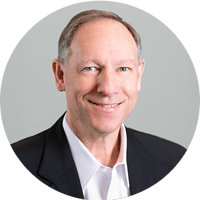 Robert (“Bob”) Reich serves as our Chief Financial Officer and brings more than 25 years of business and financial management expertise to his role at KnowBe4.  He has held numerous senior positions with a number of leading public and private equity sponsored companies, leading transformative value creation strategies.  Most recently, he served as EVP and CFO of Catalina Marketing Corporation, a leader in targeted, personalized marketing solutions for some of the world’s largest brands and retailers; and previously served as EVP and CFO of Syniverse Holdings, Inc., a leading global software and services provider connecting mobile network operators and enterprises in nearly 200 countries.

Lars Letonoff is the Chief Revenue Officer of KnowBe4, Inc. and serves as a board observer of the organization’s board of directors.

He joined KnowBe4 in 2011, early in the organization’s initial start-up phase, and has developed the organization’s sales processes and sales team throughout the organization’s many phases of growth. He is responsible for all areas of global sales, including direct sales, channel sales, customer success, business development and strategic accounts. 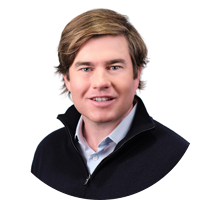 Jeremiah co-founded Elephant in 2015.  He co-leads the firm's investment activities and management.  Jeremiah is on the board of KnowBe4, A Cloud Guru, Mosyle and several other Elephant investments.

Prior to co-founding Elephant, Jeremiah was an investor at Accel, Highland Capital Partners and Summit Partners.  He started his career at Silicon Valley Bank and Gold Hill Capital.  Jeremiah holds an AB in Government from Dartmouth College where he captained the golf team. 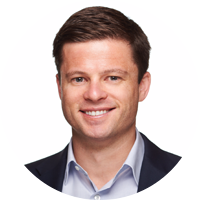 Stephen Shanley joined KKR in 2014 and is Head of KKR’s Technology Growth Equity business in Europe. He has served on the boards of KnowBe4, Darktrace, Feedzai, OutSystems, GetYourGuide, Ivalua and several other KKR investments.

Joe is also an investment champion for Launch With GS, Goldman Sachs’ $500 million commitment to invest in companies and investment managers with diverse leadership. He joined Goldman Sachs in 1988 as an analyst in Corporate Finance in New York and moved to MBD in 1990 before departing for business school. Joe rejoined the firm in 1994 as an associate in MBD. He was named a managing director in 2000, relocated from New York to San Francisco in 2002, and was named a partner in 2004. Joe earned a BS from the Massachusetts Institute of Technology in 1988 and an MBA from the Anderson Graduate School of Management at UCLA in 1994.

Kara has 20+ years of experience in driving go-to-market strategies for both large and medium companies as well as hyper growth start-ups.  She has held marketing leadership roles with some of the technology industry’s most influential companies, including Cisco, SAP, FireEye, Okta, and Rubrik. Kara is currently a strategic advisor for KKR and sits on the boards of Paychex, Epicor, Jitterbit, and KnowBe4.

Most recently Kara was Chief Marketing Officer of Rubrik, where she was responsible for the company's global marketing initiatives including corporate, product, and technical marketing, and global communications.  Prior to Rubrik, Kara was EVP and CMO of Cyber Security company FireEye, where she helped launch the most successful security IPO in market history. Kara is a graduate of the University of California, Berkeley. 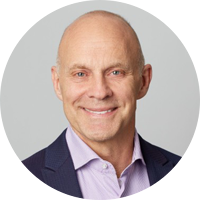 Mr. Watzinger has served as chairman of CrowdStrike’s board of directors since April 2012. Mr. Watzinger served as the executive vice president for corporate strategy and mergers and acquisitions of the McAfee business unit of Intel Corporation, or Intel, a designer and manufacturer of digital technology platforms, until his resignation in March 2012. He joined Intel in February 2011 upon Intel’s acquisition of McAfee. Mr. Watzinger joined McAfee in November 2007 upon McAfee’s acquisition of SafeBoot Corp., a global leader in data protection software, where he served as chief executive officer from February 2004 to November 2007.

He currently serves on the board of directors of Mastech Digital, Inc., a digital transformation and information technology services company and Absolute Software, a persistent software company. Mr. Watzinger holds an advanced degree in Computer Science from the Technical University of Munich. 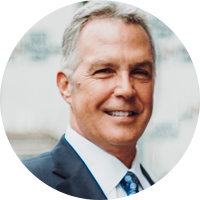 From July 2003 to September 2012, Mr. Klausmeyer served on the board of directors of Quest Software, Inc., a software company that was ultimately acquired by Dell Inc. From July 2006 to February 2011, Mr. Klausmeyer served as the Chief Financial Officer of The Planet, Inc., a pioneer in the infrastructure‑as‑a‑service market, which was acquired by SoftLayer Technologies (a company later acquired by IBM as the core of its cloud platform). Mr. Klausmeyer began his career in public accounting, with Arthur Andersen, and subsequently held senior financial positions at several software companies, including BMC Software and PentaSafe Security Technologies. Mr. Klausmeyer graduated with highest honors from the University of Texas. 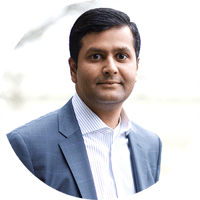 Krish Venkataraman was a veteran Wall Street and software executive who held senior leadership roles at some of the world’s most respected firms, including posts as Co-President & CFO of KnowBe4 where he drove the successful IPO of the firm, CFO of Dealogic, a fintech company that serves financial firms worldwide, and where he led the company through a successful and strategic sale; and CFO and COO of Syncsort, a global leader in Big Iron to Big Data software, where he also led the successful sale of that company.

His education includes a BS from Carnegie Mellon University and an MBA from Cornell University - Johnson School of Management.

Elephant is a venture capital firm founded in 2015 that invests in the enterprise software, internet and mobile markets. 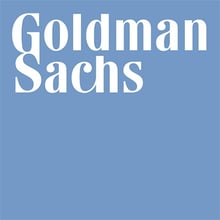 Since 1986, the group has invested approximately $180 billion of levered capital across a number of geographies, industries and transaction types. Within MBD, Goldman Sachs Growth Equity (GS Growth) is a dedicated platform for venture capital and growth equity investments in leading companies that have built innovative technology or processes to transform their industries.

Since 1994, GS Growth has partnered with more than 200 companies and invested more than $5 billion of capital across sectors including technology, software, media, healthcare IT, and business and information services. GS Growth seeks to partner with strong management teams to help companies achieve product, customer and geographic expansion.

KKR is a leading global investment firm that manages multiple alternative asset classes, including private equity, energy, infrastructure, real estate and credit, with strategic partners that manage hedge funds. KKR aims to generate attractive investment returns for its fund investors by following a patient and disciplined investment approach, employing world-class people, and driving growth and value creation with KKR portfolio companies. KKR invests its own capital alongside the capital it manages for fund investors and provides financing solutions and investment opportunities through its capital markets business. References to KKR's investments may include the activities of its sponsored funds. For additional information about KKR & Co. Inc. (NYSE:KKR), please visit KKR's website at www.kkr.com and on Twitter @KKRCo.

Ten Eleven Ventures is the original venture capital firm focused solely on investing in digital security. The firm invests globally and benefits from its full investment spectrum view of digital security from seed to growth (via its Joint Investment Alliance with KKR Technology Group.) Since its founding in 2015, Ten Eleven Ventures has raised nearly $500m and invested in over fifteen leading cybersecurity companies including Cylance, DarkTrace, Optiv, Ping Identity, Twistlock, and Verodin. For more information, visit www.1011vc.com.